A Lesson in Making 'Bad' Art

Okay, so I'm not usually one to consider my work bad in any sense of the word. I typically have a fantastic sense of self esteem. All pieces are merely practice, even if you've done a technique or stitch before.

BUT......there are those times where something is just not working, or not right, or an experiment gone wrong. Or something. This particular piece was one of those. I call it my spite bracelet. 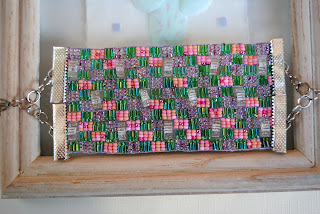 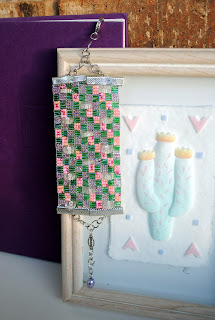 Now, this piece isn't exactly my favorite thing in the world to look at. Some of you may say otherwise, and I love that! (One lady here in town did, and wore it home on her wrist.) For me though, the purple beads are a bit too washed out. I did remove them from my stash after this project. But my biggest disappointment is that the acrylic gears I interspersed throughout have just been taunting me forever. I've had them since I was a teenager and still haven't succeeded in making something I like with them. Ah well, next time maybe.
Or maybe not. From this larger project came two smaller pieces, originally intended to sit on either end before I decided against it. And these I DO like: 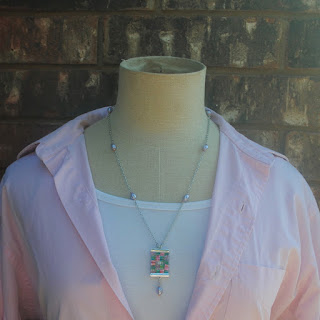 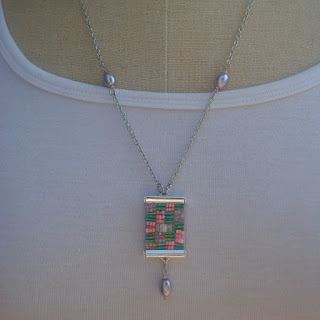 And why is that, you say? Well, for me, it boils down to simplicity. There's much less going on here. It's actually wearable. It's a bit different than other things I've made, pendant wise. And that one single gear in the center can act as a fidgeting element! Still not pleased with that purple here either, but there's a lot going on in this smaller version of the piece that I quite like and can serve as a jumping off point to explore in updated versions of the design. And maybe I have found a use for the gears after all? Who knows?
I never would have if I hadn't finished the bracelet out of spite first. Challenge yourself, do the hard thing, push through. It'll 'bead' worth it in the end.