It's a Pastel World After All

Greetings from my local coffee shop! Meaning work because I finally earned a reward, but still..... I've become one of THOSE people..... who blog from coffee shops. :-/ At least I'm not sleeping in and wasting my morning. I'm waiting to meet with a friend for a friendly game of DDR exercising.


In the meantime, I'd like to show you a couple of the pieces I've been working on lately! 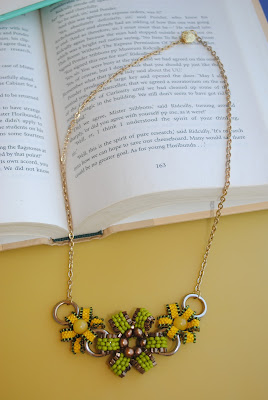 Isn't this a nice peyote link flower necklace? Want to make your own? I found Alana Reiswich's design here in tutorial form. It was nice to work from someone else's pattern for once. 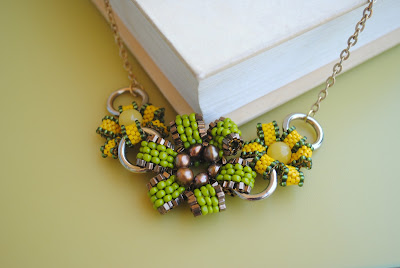 I only wish mine had turned out half as nice as hers. I always end up using different beads than the tutorials I follow and am inevitably disappointed. But you know what they say? The definition of insanity is doing the same thing over and over and expecting different results. Means I must be crazy. :-p 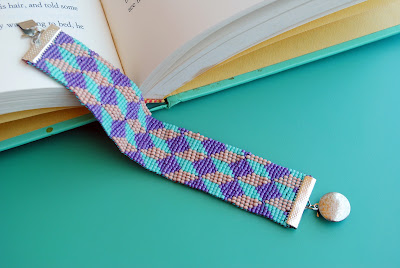 This one I am super proud of! I've been experimenting with simple loom work recently and have come to love it again (even the warps)! I'm working on a freebie tutorial for that, just stay tuned. I covered the method once already, but this will have prettier diagrams and hopefully be shared with more people than I can reach on my own. 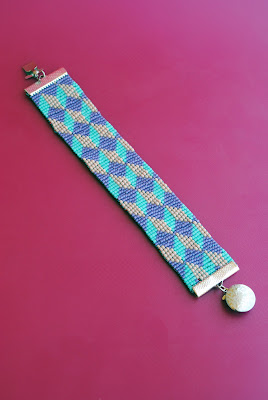 Have you guys any idea how hard it is to find a pattern for loom or cross stitched illusion blocks? Apparently, very. Incidentally, the proper term for them is 'tumbling blocks'. I could have gone the rest of my life not knowing that little tidbit of information. *sigh* My childhood disillusioned self is very disappointed right now. Most patterns didn't look right, but I found several graphs for peyote stitch. In the end, I had to end up making my own looming pattern.

I don't have access to Bead Tool (yet) and was too reluctant to constantly mess up a billion times on graph paper. Yuck. Know what the next best thing is?

Seriously, though. The target audience may be the rave scene kids, but there are plenty of uploaded pixel art patterns that are great for use with seed beads. And the site has a free pattern maker tool for both loom and single drop peyote stitch. Check it out sometime. It's worth using in a pinch. Here's the pattern I created and worked from for the bracelet above:

It may not be terribly glamorous, but it works well, especially since I couldn't find any small square graph paper at Walmart the other day. I guess I'll have to look elsewhere. Feel free to use this pattern for your own work!

Have a good day all!  I'll catch you next time.

Today's listening pleasure: Seriously, who puts together the Starbucks Spotify playlists? Super glad I'm not actually working yet.
at 8:11 AM